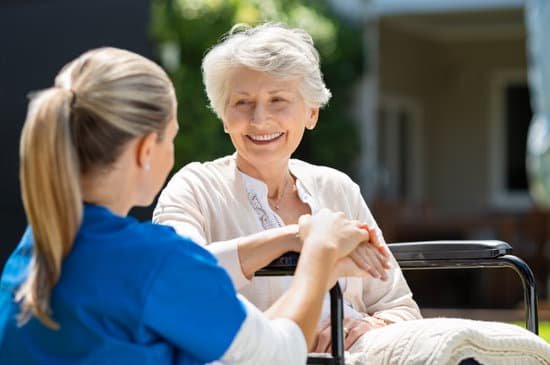 One of the first tasks I undertook when I started in my role as CEO of Scottish Care nearly 6 years ago was to go around the country and take part in a research project which involved me interviewing a number of frontline nurses in care homes. It was an amazing, humbling, and inspiring experience. Along with colleagues what came out of those conversations was developed into a report called ‘Voices from the Nursing Frontline.’ It told the first-hand experience and stories of nurses who had chosen to work in social care and care homes in particular. It was raw and honest, but also celebratory in valuing the exceptional importance and distinctiveness of care home nursing.

I have re-read the report and the words of these nurses in the last few days, sparked off in part by the publication of a survey from the Royal College of Nursing in Scotland, but also by comments from nursing colleagues in the sector. The RCN survey indicated that as many as 60% of nurses are actively considering leaving the profession. In what follows I want to share some thoughts on the current status of care home nursing in Scotland and why I believe it to be in very real crisis and in need of specific and targeted attention.

The Voices report articulated the breadth and extent of the role which care home nurses undertook. If I had not known before, I certainly knew after these conversations that the job entails an astonishing array of skills and requires real depth of expertise and knowledge.

Nurses in care homes are often the only nurse on a shift and as such a great deal is placed on their shoulders not least as the acuity and clinical needs of residents has risen so sharply in the last few years. They are frequently individuals who occupy leadership roles in our care homes whether as senior staff or often as managers responsible for the smooth running of the home not just exercising a clinical oversight role. Added to this they are the effective leaders of and support for social care staff. These are highly skilled professional leaders dealing with a whole range of clinical needs in residents including dementia, neurological conditions, delirium, palliative and end of life care, pharmaceutical interventions, frailty, rehabilitation, late-stage cancers and so much more. The care home nurse is a specialist in a considerable number of areas and not a generalist. They do so much often without the peer support that is available in an acute setting.

After being involved in the Voices report, along with others, I argued that both nursing regulatory bodies and nursing academic schools needed to create and value social care nursing as a distinct specialism in the same way as is done for paediatric, learning disability or mental health nursing. I hope one day that will be undertaken in earnest because in a very real sense all nurses need to develop the skills a care home nurse is required to evidence and display.

Yet having just noted the advanced clinical and social care skills required I cannot but reflect on an undercurrent in the Voices report which has become not only more pronounced but has grown in recent times in Scotland. That is the issue of value, respect and professional regard. One nurse stated in 2016 that:

“In hospitals, nursing homes were considered second class establishments. Our skills are undermined by the NHS due to us not using IV drips! The complex nature of communicating with those with dementia is not recognised.”

I well remember a nurse saying to me that her NHS colleagues thought she would become de-skilled, was taking an easy route out and that the care home sector was a dead end for anyone interested in career progression. She told me that the disdain from her former acute sector colleagues was palpable, as someone told her, ”It’s not real nursing is it?”

Now you might say that any one person’s experience is not always reflective of the whole. That is undoubtedly true were it not for the fact that for the last few years and especially in this last year I have continually heard from frontline care home nurses their growing dismay at their sense that others in the health and care system disrespected their professionalism, expertise and skill base.

Over the last few days there has been a lively social media debate about care home nursing, and you cannot read some of the comments and not conclude that these women and men have been made to feel less valued, de-skilled and dis-respected even more than other nursing colleagues in other services.

@andreawyllie : When I first started out on my nursing journey, older people & mental health nursing were considered “Cinderella” services. CH nursing wasn’t even included in that category. Not much has changed in attitudes in 25yrs. It’s not just the nursing it’s how we as a society value people

@Justacarehomeg1 : The impact on social care staff at all levels has been largely ignored. Working front line with covid, with restrictions which cause moral dilemmas to staff day in and day out.

@andreawyllie: Just discussing this very thing with this morning and what the lasting impact may be for social care as we add in the lack of respect and value given to social care staff and the blame culture that has also had to be managed through the pandemic

@YvonneSManson : All these new NHS based oversight groups that got set up only further compound that stigma of NHS is better. Imagine setting up teams to oversee, make decisions on care homes with people who didn’t work, live or visit care homes can you imagine that happening the other way around!

I would encourage you to read the debate because it is inescapably blunt in its analysis that we are failing care home and social care nursing in Scotland.

The pandemic has been crippling and hard for frontline care staff, nurses perhaps especially so because of their leadership roles. Many have shared with me a sense of abandonment, the stress and emotion of dealing with loss and death, the fear of whether they would carry the virus into the care home or back to their own homes; the constant struggle to balance the need for restrictions with their desire to help residents enjoy their life; the continual requirement to be strong for colleagues; to be always up to date with the avalanche of new Guidance arriving just at the point of exhaustion; the disproportionate scrutiny from those who know not what they were talking about; the demands of reduced staffing; and their own inner questions about the level of care possible in situations such as forced isolation and separation from families with which so many disagreed.

Many have shared their real pain at the constant barrage of criticism and blame directed at care home nurses and managers not least from sections of our political and media worlds. And add to this, and uniquely in Scotland, the nature of constant investigation from Operation Koper where every single Covid death up to this day is investigated in care homes, thus putting immense pressure and stress on nurse leaders – a process consciously and subconsciously constantly demanding they ‘prove’ they did not make any errors or at least one which instils fear, guilt and anxiety. They have felt as if they were fighting a battle against a virus with one hand tied behind their back. Can you even begin to contemplate the outcry if this process of continual investigation and scrutiny and limiting of professional integrity was happening to nursing staff in an NHS ward?

The specific and personal observations quoted above and there are a lot more on Twitter and other social media are also clearly evident in the report on oversight and inspection published by Scottish Care two months ago and around which thankfully there has commenced some shared work to address the issues highlighted. That report stated quite clearly that we were seriously getting things wrong in the way we are allegedly supporting the care home, and specifically, the nursing care home sector.

I would contend that the comments expressed online this week and in the report are not accidental but rather are reflective of a damaging failure at senior health leadership level in Scotland both politically and operationally to value the professional integrity of and to seek to appreciate the role specialism of care home nurses most especially during the pandemic. Interventions might have been ‘well-intentioned’ and designed to ‘support’ but they have backfired and only served to compounded the problem and sense of disrespect, not least because of the lack of real engagement with, involvement of, and partnership with care home nursing professionals and the sector. No other professional group I know in social care or medicine would tolerate what is now happening in care home nursing.

The RCN report stated baldly the risk of us haemorrhaging real talent from the nursing profession in the NHS – I would go as far as to say that that worrying analysis can be multiplied ten-fold when one considers the social care nursing workforce. There is an urgent need for attention and action, but that must start with the development of trust and respect for the individuals who work as care home nurses. That respect seems singularly absent.

The Voices report some 6 years ago made 12 recommendations. It is an indictment on all of us involved in health and social care leadership that each and every single one of them remain unaddressed in large part to this day. We have not progressed matters with any positivity, rather in the last 22 months we have made matters significantly worse. The twelve were:

If we start to work together, around a table of mutuality, from a position of professional regard rather than sector and clinical superiority, then we just might manage to prevent a crisis from becoming a collapse. Most importantly we will begin to give the amazing frontline care home nurses a sense of value, autonomy, respect and regard.