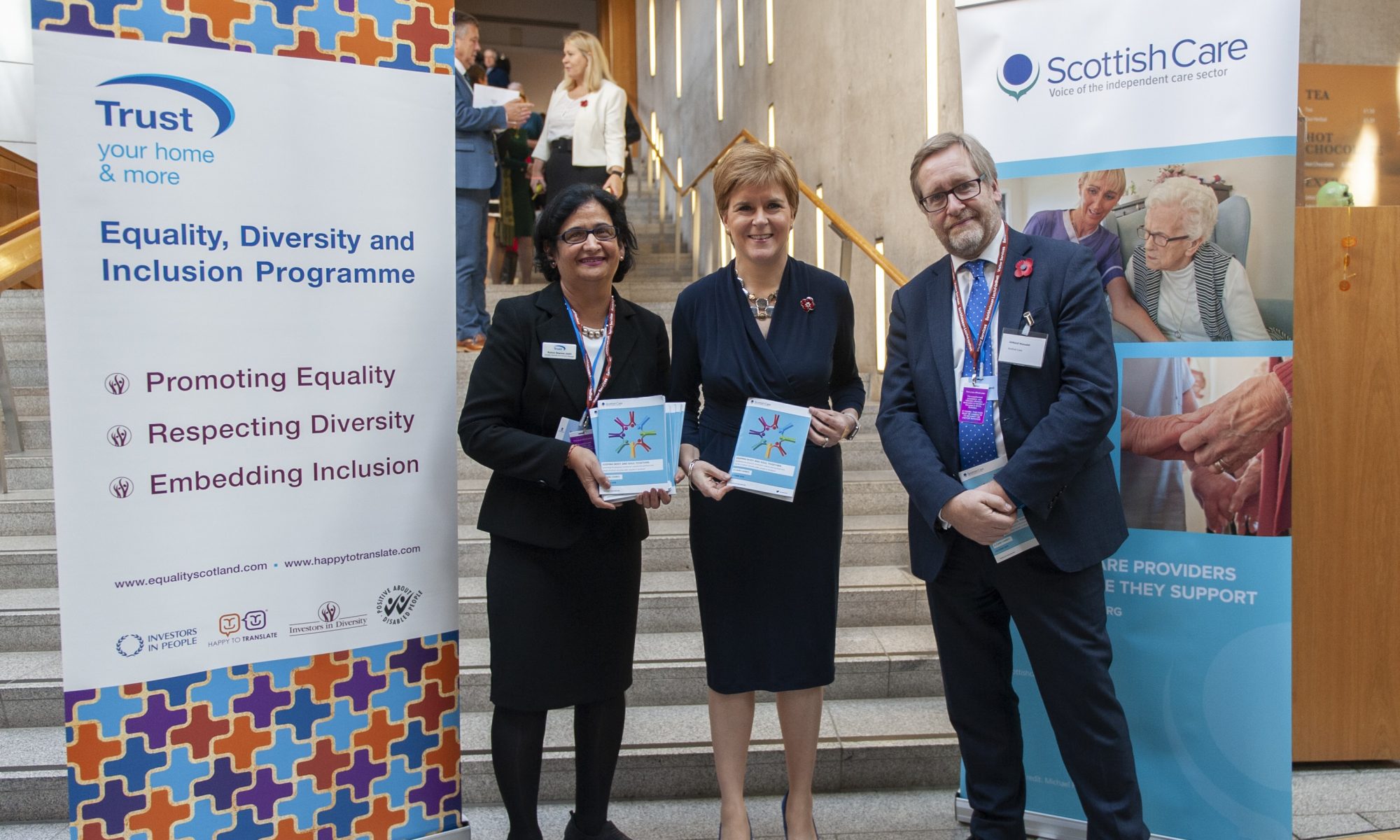 Trust Housing and Scottish Care, today (31st October, 2019) launch the 9th Care Cameo in the Care Cameo series, a programme of papers by care professionals, designed to foster debate on some of the most important issues associated with the delivery of care and support for older people across Scotland. It was launched at the Scottish Parliament event, sponsored by Bill Kidd MSP.

Rohini has extensive experience of working and engaging with hundreds of ethnic minority older people to listen to their concerns about care and housing and to define what they needed to restore their dignity, self-esteem and independence. “Keeping body and soul together” draws together some of the key concerns that were reported directly by older people.

“We are failing our ethnic minority older people in Scotland. Older people who have worked hard all their lives in this country are now finding themselves isolated, lonely and discouraged. They are often unable to access services, they are estranged from the wider community because of language barriers and can no longer depend on traditional family support networks. Many of these older people do not live in appropriate accommodation, yet there is no sheltered housing and care home accommodation available to meet their needs. Today’s Care Cameo gives Scotland’s ethnic minority older people a voice. It is imperative that we listen to them and take action.”

“As an organisation our vision is to shape the environment in which care services can operate and thrive. One of the ways we can do this is by working co-operatively with care providers and most importantly, with the people who use the services. The ethnic minority older people who have contributed to today’s Care Cameo have articulated the challenges they face and the care and services they are unable to access with heartbreaking candour. We are very grateful for their contribution to both this care cameo and to the wider debate in Scotland.

If Scotland is serious about including all citizens regardless of race or ethnicity then we must adequately resource the already stretched care sector to develop services, train staff and work with people to create services which meet the needs of all our citizens. At the moment Scotland is failing to be racially inclusive.” 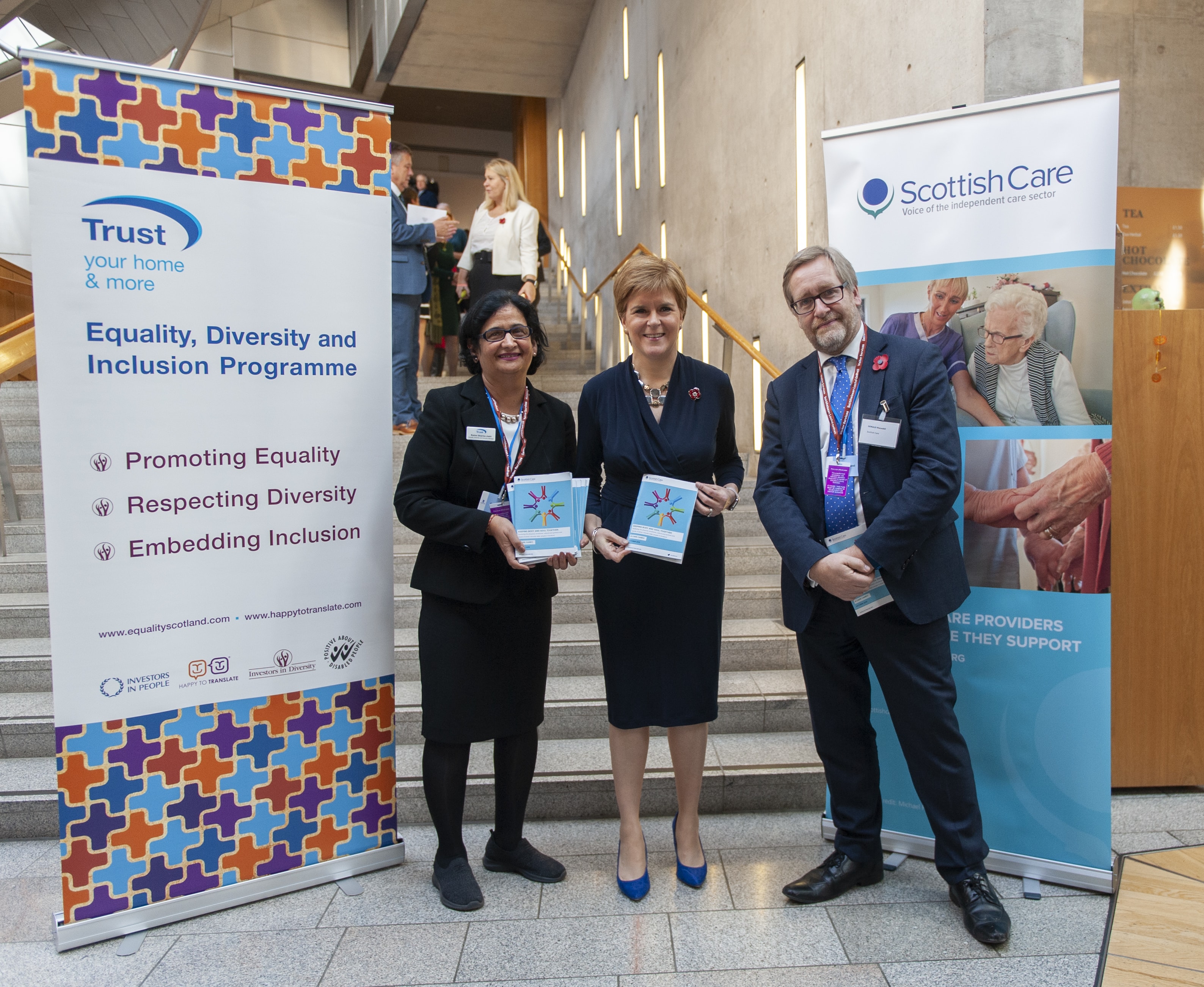