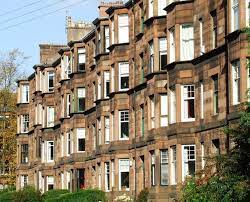 › Latest News › Neighbourhoods that care: the importance of inclusion.

You probably did not notice but yesterday was European Neighbour’s Day. I have to admit I stumbled across it online in part because I am going to be doing a live input on Monday evening as part of the Glasgow Loves Europe network. The focus of that is on the importance of encouraging people to sign up for the EU Settled Status Scheme. More of that in a minute. But it did get me thinking of the very concept of neighbourhood and neighbours.

Clearly concepts of neighbourhood and what a neighbour is, and means are very individual but also culturally influenced. For a rural community like the one from which my family originated neighbourhood was an alien concept in its reduced metropolitan definitions. Everyone as far as the eye could see was considered a neighbour even if the physical distance to the next croft house might be half a mile away. There was an inter-twining of living and relating one to the other in Hebridean crofting townships which I have rarely seen or experienced elsewhere. It had its strengths of mutuality, solidarity and support but in truth it also had its weaknesses and at times a suffocating lack of independence and privacy. When I lived in Glasgow tenements, I came to love the neighbourly feel that is unique to that environment – from the responsibility of co-washing the close stairs to the extent to which folks looked out for one another but at ‘appropriate arm’s length. I cannot see Avril Paton’s lovely painting ‘Windows in the West’ without a stirring of fond memory.

Now, I know there is a danger of romanticising the concept of neighbour and becoming overly bucolic but those of us who have been blessed with good neighbours know the priceless value of the same, and those who have been the victims of the ‘neighbours from hell’ know the cost and pain of that experience. But the nature of our relationships with one another are hugely influenced by the degree we feel our community and culture roots itself around a sense of care and compassion for those who live most close to us.

I discovered yesterday that European Neighbours Day has been in existence since its foundation in Paris in 1990 and is held on the last Friday of May. It is an opportunity for residents’ groups and housing organisations to celebrate the value of being a neighbour, and to thank those who are.

There is a particular resonance to the idea of neighbour this year as I mentioned at the start, because we have just one month to go before some of our neighbours might be at risk of losing their status and rights as citizens of our country and members of our community.

I am not going to get into the merits or otherwise of the Brexit debate, but I do think it is vitally important that everyone is made aware that the end of June brings real potential change to many.

There are many thousands of women and men who have been intrinsic parts of our neighbourhoods, who have cared for and supported our fellow citizens, and have worked in health and social care. Many of the 6-8% of European citizens who make up our social care workforce in Scotland have applied for and received confirmation of their status. My concern is that because there have been so many care workers tired beyond exhaustion in working to care during the pandemic in care homes and community that some may have put applying for Settled Status onto the back burner.  There is a real sense of urgency that we ask and encourage folks and friends to check that they have made their application.

I am also concerned that there may be many older people, perhaps living with dementia or increasing frailty, some without necessary documentation, many without access to social media and information, and without technology to for instance take the photographs necessary to apply, who may miss out on the deadline.

Along with a number of organisations I signed a letter to the Home Secretary which asked for an extension to the cut-off date, but the UK Government has not heard this concern or request. Whilst this is immensely disappointing it is nevertheless important that in the next few weeks, we encourage everyone we can to apply if they are required to do so. Please follow the link and share it with any friends or acquaintances http://www.mygov.scot/help-eu-citizens

In the weeks ahead I am concerned that neighbours old and young, fellow members of the community of care and compassion which contributes to the vitality of Scottish life, may feel their status and value unaffirmed and diminished. I think I speak for many when I say we are better when we are linked one with the other, in hands stretched out to welcome rather than as barriers of rejection.

One of my favourite poets and a Gael of real distinction is Iain Crichton Smith who wrote a beautiful short poem called ‘Neighbour.’ It is a poem that speaks of shared humanity, compassion and connectedness. For it is the same rain and pain that falls on us all, and I am made better by being with others from Europe and elsewhere in the one community.

Build me a bridge over the stream
to my neighbour’s house
where he is standing in dungarees
in the fresh morning.

O ring of snowdrops
spread wherever you want
and you also blackbird
sing across the fences.

My neighbour, if the rain falls on you,
let it fall on me also
from the same black cloud
that does not recognise gates.