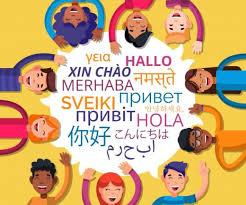 I have always been fascinated by language and the way we communicate. Perhaps part of the reason for this is that in the early stages of my life it was an issue that dominated a lot of my waking hours. I was an identical twin born to two parents who spoke Scottish Gaelic most of the time. Like many twins – indeed over half – we developed our own ‘twin speak’ (cryptophasia). Twin language is a way twins use to communicate with one another and is a language others cannot understand. It is typically full of onomatopoeic sounds and new words adapted from adult language which makes it sound as if it is understandable but to the non-twins it is usually not. Combine that with a good dose of Skye Gaelic and when I went to primary school it didn’t take long before frequent sessions with the Speech and Language therapist became part of my weekly syllabus! It meant in practice that when we went to primary school we had to un-learn and unpack the communication constructs of our early years and learn to speak a language and a system of communication alien and foreign to us.

It was there at speech therapy – or at least in the estimation of the therapist – where I was taught to ‘speak properly’ and of course to speak English the self-declared language of the educated and professional.

That last observation is only a bit tongue in cheek. Gaelic has long been marginalised as a language unsuitable for intellect and knowledge. My late great-aunt was a strict Skye headmistress who had to discipline school children for speaking Gaelic whether in classroom or playground yet in her own home she hardly spoke English. She showed me the directives that instructed her to suppress Gaelic.  Indeed my own parents belonged to a generation where they had been ‘told’ even if they did not intuitively believe that Gaelic would keep their children back!

I’m reflecting on the issue of language and mother-tongue because tomorrow, the 21st February is the United Nations’ International Mother Language Day designed to “promote the preservation and protection of all languages used by peoples of the world”.  It is a day where we are encouraged to celebrate the diversity of language in recognition of the role they play in cultural and societal diversity.

Language is critical – it can be a gateway to a world of discovery or a door slamming in one’s face, limiting progress and access, shutting off opportunity and possibility. I know that because Gaelic was taught out of me, given no value or credence, and as a result my own ability to express myself, to be confident in using English my non mother-tongue, held me back for a period of time. It undoubtedly created in me a dislocation where I wanted to use the tones and rhythms, the timbre and sound of Gaelic but was dragooned into the disciplines of what I felt then was an inexpressive English tongue.

My own early experience has meant that I am probably more sensitive to the importance of not making assumptions about those whose language is not my own and am utterly convinced that the suppression of any language causes cultural and individual damage and trauma. And yet we live, perhaps especially in the United Kingdom, in times where monoglot imperialism assumes that English should always be the dominant form of international exchange.

Language helps to knit our identity, it weaves us into the fabric of community and culture, it nourishes the poetry within our bones and feeds the dreams within our blood. Language is the bridge which crosses divides and can be the pull of lover, the painter of song, the harbour for unsettled times.

Due to globalisation the uniqueness, the colour, the vibrancy of language is increasingly under threat as the world rushes towards the grey homogeneity of the latest lingua franca.

Every two weeks a language disappears and according to the United Nations at least 43% of the estimated 6000 languages spoken in the world are endangered. ‘Only a few hundred languages have genuinely been given a place in education systems and the public domain, and less than a hundred are used in the digital world.’

I have always had a love affair with Gaelic, yearning for a lost fluency and familiarity, but she has been a mother tongue to whom I have been a less than dutiful child. It is a loss which I have increasingly regretted. not least because the critical importance of bilingualism came home to me a few years ago as I witnessed my own mother live her last years with dementia.

Her later years were a time where as the disease progressed she turned into the world of her earlier memories, developing sharp recall and detailed description for days long since lost in time. It was also a time when she increasingly reverted to her mother tongue, the language she knew from childhood, the tones and timbre of which were the companion of childhood and culture, the oxygen of love and belonging.

We now know from numerous research studies that being bilingual is one of the forms of cognitive stimulation that requires a very different and diverse range of activity within the human brain. On top of this we have solid and extensive research to show that the onset of dementia symptoms in individuals who are bilingual can be delayed by between four to five years compared with monolingual individuals.

Just as with my own mother I have heard stories from care home staff who have described how individuals with dementia who had reached a stage of little or no communication, came alive if there was a carer who was able to speak to them or sing to them in their own language. Just as with my own mother I have seen the spark of light in tired eyes as they have remembered moments and memories re-captured through the memory of song in their own native tongue.

We desperately need to value the ability to use mother tongues more than we do. So it is that a carer with a bilingual or multilingual skill is, I believe, a greater asset than one who is not. We have an impoverished view of language which limits not just our ability to meet the individual needs of people but diminishes the whole fabric of our commonwealth. Our language is not just the way we communicate, it is an intrinsic part of our identity, of who we are as a person. It is both an enabler of our belonging to community and a sign of that belonging.

So personally I will commit to do better to re-capture my lost tongue, even if my partner- in conversation is no longer around, but I will also continue to stress that for us as a society to truly care for another, professionally and personally, we need to tune ourselves into strange and different  tongues, we need to learn to love the language, we need to nourish all those sounds of colourful words unknown to us.

The poet W.S.Merwin in a haunting poem captures just what it is we lose when we lose a language.

A breath leaves the sentences and does not come back

yet the old still remember something that they could say

but they know now that such things are no longer believed

and the young have fewer words

many of the things the words were about

the noun for standing in mist by a haunted tree

the verb for I

the children will not repeat

the phrases their parents speak

somebody has persuaded them

that it is better to say everything differently

so that they can be admired somewhere

farther and farther away

where nothing that is here is known

we have little to say to each other

we are wrong and dark

in the eyes of the new owners

the radio is incomprehensible

the day is glass

when there is a voice at the door it is foreign

everywhere instead of a name there is a lie

nobody has seen it happening

this is what the words were made

here are the extinct feathers

here is the rain we saw