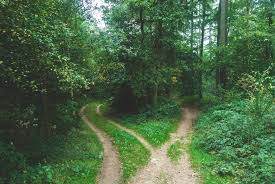 › Latest News › Living in a land of trust: a reflection.

At times during this pandemic a word, phrase or concept just seems to appear from nowhere to occupy a position of dominance in debate and discourse. This last week everywhere I looked I have seen the word ‘trust’ or heard it mentioned on radio or television, in meeting or exchange.

Trust is a fundamental characteristic of our being with one another in so many dimensions of our living. It is a word rich in meaning and possibility. The dictionary describes it as a ‘firm belief in the reliability, truth, or ability of someone or something.’ It denotes a sense of confidence, belief, and faith. All of these are concepts which are inter-related and inter-changeable. In my blog this week I want to consider the various dimensions of trust as they have struck me this past week and how fundamental a moral ethic of trust is especially during pandemic times.

In the job I do at Scottish Care representing a wide range of members with diverse perspectives I have always sought to refrain from direct comment on the merits or otherwise of any political party either in Scotland or in the United Kingdom but have hopefully been consistent in a critique of policies, behaviours and practices which have acted against the best interests of the care sector and those who receive care and support especially older individuals. Let’s face it there is not exactly a shortage of areas of social care failure across the UK on which there has been the requirement for critique!

When there is a time of crisis and challenge like all individual citizens, I have looked to political leadership to make decisions and act in a manner which upholds the best interests of the whole population, especially those who might not be able to advocate for themselves. Confidence and trust in political leadership during the pandemic has been essential, and whilst there have been areas where it has been necessary to be critical and to highlight shortcomings, what has remained as a strong expectation is that sense of trusting political decision-makers – however hard the decisions might have been – as having the best motives, intentions and aims. As we continue to take measures which reduce restrictions and mitigations to protect public health the extent to which we trust our political leadership has become if anything even more important, especially as the spirit of consensus and mutual agreement has diminished.

The events of the past few weeks at Westminster, the language of scurrilous accusation and demeaning diatribe, the occurrences of behaviours inconsistent with a required morality and social ethic, have diminished all those involved and have brought so much that we value in our political system into the most profound disrepute and deepest disrespect. We cannot move forward as a society to face the challenges of the future with a deteriorating political trust. We must be able to have confidence that the interests of the population are advanced ahead of the partisan self-interest of a few. Just as we trust that the bank notes in our pocket will be redeemed for their true value, we require a trust in political leadership which lives up to the highest values of public service and ethical practice.

We have spent a lot of time in the last 23 months becoming amateur experts in epidemiology and the science of infection and pandemics. There has been no shortage of scientific commentary and some of it has been conflicting and contradictory. Some have been unable to deal with the fluctuating stances of scientific opinion believing that science provides clarity in definitive black and white colours. If anything, the pandemic experience has taught us that ‘trusting the science’ or ‘being led by the science’ is not a simple act of reading then implementation bur rather is one of analysis and interpretation. Trusting the science has been critical at various stages of the pandemic and there have been diverse responses to the same data because the nature of analysis is that there will always be degrees of interpretation and subjective opinion. But regardless of nuance and divergence, I do believe that as a whole we have both at an individual and collective level elevated the role of scientific analysis to a position of critical importance. But this has not come easily and the challenges of the next few months and weeks as we come out of Omicron will test the degree of trust perhaps beyond breaking point.

For those of us who are not able to scientifically verify the truth of statements and assertions made by ‘experts’ we have to ‘trust’, to be confident in the motivation and skill, the assertion and articulation of those who have been appointed to give advice and influence decision-making. That is not always a comfortable experience and perhaps gets to the heart of the nature of trust. Trust is always relational, it is the human letting go of self-defence, it involves the risk of encounter and exchange which might threaten and reassure in equal measure. Think of any meaningful human relationship you have ever had and at some point you enter into a landscape of trust and belief, when you lay down what you ‘know’ and can ‘verify’ and have to develop the hope and positivity which confidence in another over whom you have no control, begins to develop and grow. The cost of loving another is trusting beyond knowledge and living in hope and assurance.

Trust also has to do not only with individual person to person relationships but with the encounters we have with organisations and individuals who we work alongside and relate to. In the workplace trust is fundamental to the achieving of shared outcomes and aims. But as anyone who has ever worked on any shared ventures knows only too well, the reality of trust is something which has to be worked at and strived for – it does not just happen. Telling someone to trust you and to agree with your position or stance has to be grounded in the reasonableness of their prior-knowledge of you and the conviction that you have their best interests at heart.

The worlds of social care and health have not always ‘trusted’ one another – not that they have enmity or disregard for one another – but rather their mutual knowledge and awareness of the other has been limited or at times absent. Integration of health and social care services was meant to change all that. We were all meant to be developing systems and processes which had the person receiving care and support at the centre, and indeed in the lead as the director of their lives. We have fallen well short of that aspiration as the ground-breaking Independent Review of Adult Social Care Report indicated when it was published a year ago on Thursday last. The Feeley Report as it became known was received with the warmest and most extensive of welcomes by disparate parties – partly because through its author Derek Feeley – bonds of trust had been developed that suggested that its words were authentically the aspirations and hopes, dreams and vision of those who use social care supports and that it offered the promise of a reformed social care system for adults in Scotland.

This past week has also seen the publication of the responses to the Scottish Government’s consultation on the envisaged National Care Service which was a key part of the Feeley Report. There are many of them but having read quite a few they also share a sense that the time is right for change and that this is a once in a generation opportunity to achieve that. But there is also a sense that we must not in our focus on processes and structures, on systems and models, lose the vision and energy of the Feeley Review. This is where the trust comes in – those of us who for years have campaigned for a change to the delivery of adult social care which creates care support models sensitive to the people who use them, appreciative and valuing of the frontline workforce, realistic in the required resource and costs involved, and yet dynamic in inclusive flexibility – we have put our trust in our political leadership to bring these dreams to birth. We are trusting our political leadership to overcome partisanship, both at local and national level, and do what needs to be done to deliver a sustainable social care system that works for all citizens and treats all with equality, fairness and dignity.

Trust – whether political, for a period like a pandemic, or as the energy of partnership in change and reform – is the most essential of ethical values and commodities. Its marks are the ability to include and involve all, to hear the voices that disturb and unsettle, to soothe the concerned and fearful, to be consistent in compassion and courage. We all of us deserve to live as citizens in a land of trust.

This last week I was honoured to hear a reflection by the distinguished American social care leader Stuart Kaplan. In it he said that in a world of such uncertainty we can all have to be true and sure to our word. ‘Trust is our essential currency.’

And in relationships built on trust we can find hope and restoration, renewal and reform. The contemporary American poet Thomas R Smith puts it well:

to which you must say no or yes.

So you take your car to the new mechanic.

Sometimes the best thing to do is trust.

The package left with the disreputable-looking

clerk, the check gulped by the night deposit,

the envelope passed by dozens of strangers—

all show up at their intended destinations.

The theft that could have happened doesn’t.

Wind finally gets where it was going

through the snowy trees, and the river, even

when frozen, arrives at the right place.

And sometimes you sense how faithfully your life

is delivered, even though you can’t read the address.