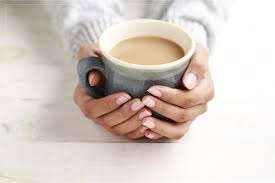 › Latest News › Knowledge leading to action: the urgency of dementia. A blog for World Alzheimer’s Day

September for some time now has been World Alzheimer’s Month and, on this Tuesday, 21st it will be World Alzheimer’s Day. This year, across the world individuals and organisations will be asked to reflect on the theme ‘Know dementia, know Alzheimer’s.’

It is an opportunity to consider the power and nature of knowledge. As part of this organisations and individuals are being encouraged to find out more, to get to ‘know’ more about the signs and symptoms of dementia so people can get the right diagnosis and support as quickly as possible.

Knowledge and dementia are an interesting association. Knowledge is both personal and emotional, intellectual and factual. It is also something which can inspire, create passion, and foster change.

As I sat down to write this blog, I could not help but think as I have for some years now at this time about my own mother who died from dementia some years ago. Before she was diagnosed, I thought I knew about dementia. In some senses I did, and I suspect I thought I probably knew more than others. As a young student on placement, I met many older patients in what was then termed a ‘psycho-geriatric’ ward including a man who had undertaken a career of neurological research but had himself developed dementia. So, I knew a lot about the technical aspects of the disease as I worked in different places and occupied different roles. But in reality my knowledge was a partial shadow of the truth.

Then my mum was diagnosed, and the lessons of love offered a different, hard, and painful knowledge. It was the knowledge of tear and fear shared by my family as we witnessed mum and granny decline inexorably in front of us. Having worked until her early 80s her decline seemed so rapid and yet so inexorably slow. This was a woman whose solution to all of life’s traumas and ills was the making of a cup of tea, a ‘strupak’. Then came that moment when she had forgotten the steps of her healing ritual and stood frightened in an empty moment without remembrance. She had forgotten how to make a cup of tea. The stripping of inner knowledge is one of the obscenities of this disease. Knowing changed, love remained, but relationships pained and fractured. There was a new world of knowledge, one which was not about the past or action, but one which was about discovering with faltering step and searching fingertips the landscape of a new world.

But there is another dimension to knowledge. There is not just the knowledge of fact and intellect, and even that of emotion and heart. There is also a knowledge that changes you and puts you on a new and different path, a knowledge where you cannot no longer be the person you were before it’s awareness, can no longer accept old familiar ways.

Knowing what I do about this disease both in my head and heart I cannot accept the casual discussions and debates, the easy political presumptions, media stereotyping and societal ageism that I have heard and witnessed for so long and which have been so manifest in the last few weeks.

The future of social care is centre stage in both Scotland and the other nations of these islands. The lazy debate which has been held has wholly failed to appreciate the nature of social care and the reality that it is more than a series of services and supports but a whole eco-system that enables people to fully live their lives as citizens regardless of condition, age or infirmity.

But perhaps where that public and political debate has fallen most short has been in its exploration of dementia.

The knowledge that needs to be shouted from every street this World Alzheimer’s Day is that dementia is a health condition first and foremost. So why? why? why? are we allowing its treatment to be seen solely through the prism of a social care solution? Paradoxically maybe those of us who have over the years resisted the pathologising of dementia and what happened when I was young which meant people were to be hospitalised, perhaps our emphasis on the need to see dementia as more than just a neurological disease, perhaps we bear some culpability. But the pendulum has swung far too far to the extent that dementia is in the eyes of many seen as a disease which can ‘solely’ be supported by social care interventions and supports. This is naive ignorance. It is a denial of the clinical reality that dementia is a disease first and foremost and one that requires significant clinical and health service intervention alongside social care support and re-enablement.

Where this simplistic dualism is seen most acutely is in how society resources and finances dementia care – or to be more accurate does not finance it.

It is wholly iniquitous that if diagnosed with dementia one has to sell one’s home to receive residential nursing home support. Now credit where it is due, the Scottish Government have committed to extending free personal and nursing care to better reflect the true cost of care and have recognised the gap between the true cost and the reality of underfunded rates in our care homes – though we await the realisation of the commitment. But that does not go far enough. How is it in any sense fair that someone who is in the advanced stages of dementia is not given the option of 24/7 nursing and social care in their own home? Why if someone chooses to or needs to live in congregated living like a care home is it assumed that their accommodation costs would be the same as at home? Come on this is the crude arithmetic of discrimination.

Henry Simmons the CEO of Alzheimer Scotland in a newspaper article this past week rightly argued the policy on enhancing free personal and nursing care still left people with advanced dementia facing huge costs because of the high level of health interventions and care that they need.  I was fully supportive of Alzheimer Scotland ‘Fair Dementia Care’ campaign when it was launched and remain so. As Simmons said to The Herald.

“In Scotland, we’re looking at five years to see the development of the new National Care Service, and three years for the rest of the UK before the full amount of new funding will find its way to social care.

“Take a person living with advanced dementia. Their illness – a direct result of an untreatable brain disease – has progressed to the point where they may require assistance to walk, bathe, toilet and communicate.

“For this person, these are unequivocally health care needs.

“Why do we still feel that it is acceptable that we ask this person to pay for their care?

“We are talking about people who have worked their whole life, contributed through tax and National Insurance to help build the quality of life than many of us seek to enjoy.

“Why is dementia so different to other terminal conditions? It’s unequal, it’s unfair, and it needs to stop.”

People who have lived with dementia and those they love have known for years about the grotesque inequality of the funding of care and support, of clinical intervention and health support for the condition. It is a knowledge that should shame those who make political decisions and exercise fiscal oversight.

Knowledge must always lead to action, or it withers the heart. Knowledge of the inequity of support and care for those living with dementia should challenge us all to create a system which treats all with equality regardless of condition, age or illness. I yearn for the maturity and the dignity of such a day to come. I suspect – sorry mum – that such a day will not be brought about by cups of tea alone but my calling out the inequality at the heart of dementia care for what it truly is – an abuse of the human rights and dignity of tens of thousands of our fellow Scots.