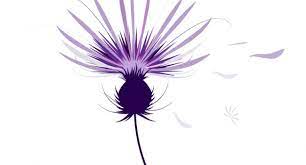 › Latest News › Dying in lockdown: a challenge and opportunity.

Over five years ago in December 2015 the Scottish Government published “Palliative and end of life care: strategic framework for action.” Its core aspiration was that:

‘By 2021, everyone in Scotland who needs palliative care will have access to it.’

Though it did not get a lot of comment or coverage at the time I consider it to be one of the most significant policy contributions of the last few years. It’s overarching aim was rooted in the need to ensure that access to palliative and end of life care was available to all who could benefit from it, regardless of age, gender, diagnosis, social group or location. It stated further that ‘people, their families and carers should have timely and focussed conversations with appropriately skilled professionals to plan their care and support towards the end of life, and to ensure that this accorded with their needs and preferences.’ It acknowledged that communities, groups and organisations of many kinds needed to understand the importance of good palliative and end of life care to the well-being of society.

I have been reflecting on this document and its core recommendations in the last few days. I wonder how far we have advanced in achieving its overarching aim that by this year, 2021,  we would all be receiving the palliative care that we want and need? I wonder if more people today are experiencing the sort of death which they want and deserve, are enabled to die where they want to end their days? I will leave it to others to evaluate the recommendations and their outcomes, but this weekend especially I cannot but consider the extent to which in the last year as a whole society we have had to face head on the reality of death and dying to an extent which perhaps has been unparalled in recent decades.

In a few days’ time we will come together as a nation on the anniversary of lockdown in silence and word to remember not only those who died as a result of Covid19 but the tens of thousands whose death occurred in the last year; a year of detachment and distance; of absent touch and lost ritual. For some it will be a time of very personal and painful remembrance.

Last week in my blog I reflected on the hard and heart-wrenching experience of those who have endured lockdown and death in our care home sector. Those who died in our hospitals and care homes have rightly received much focus and attention. Less noticed have been those who have died in their own homes.

The work of academics at the Scottish Centre for Administrative Data Research at Napier University, Edinburgh, has helped to shine a light on a context which has quite often been forgotten during the pandemic. Their work has analysed data from National Records of Scotland and has shown that the total number of all deaths at home since the start of 2020 was 24,183 up till the week starting the 15th February in 2021. They note that this is 36% more than the average number of people who died at home in the equivalent period in 2015-2019. Their earlier work has also stated that in the early stages of the pandemic there was an even more dramatic change in the location of death. The increase in people dying in their own home has been an astonishing one and is true regardless of geography but it raises many questions which are worthy of further research.

I know from conversations with those who provide care and support for people in their own homes that the last year has been an especially hard one. Lockdown has come with a hard price for so many. A huge burden was placed upon family and informal carers as packages of care and support were withdrawn, especially in the earliest days of the pandemic. Frontline care at home and housing support staff often felt that they were the forgotten frontline with little societal and system recognition for the challenges they were facing.

Over the last few weeks and months I have increasingly heard stories of families and individuals who struggled at home not just with the mental health but also the physical health pressures brought about by the pandemic. There were those who told me that their anxiety over contracting the virus meant they did not contact GPs as early as they should have when things began to go wrong, or they didn’t attend appointments and consultations out of equal anxiety.  I have heard from frontline workers concerns that individuals were not as supported in their own homes with health and palliative conditions as they might have been.

As someone who has been involved in palliative care and bereavement work for a long period of time, its critical central importance as a basic human right is one I have much advocated and argued for. The way we are supported to die well is as important as how we are supported to live well.

So have all those ‘extra’ people who have died in their own homes, received the sort of care and support, the appropriate amount of pain management and palliative and end of life care as they might have? That is a question we need to answer with some degree of urgency not least as many of us suspect that the dislocation of services and supports may go on for some time yet.

Ultimately there will be real benefit in enabling people to be able to end their days in their own home or in a homely setting. The statistics of those who are admitted to hospital in the last few weeks of life for no real clinical benefit are very disappointing. But of course, dying at home is only something we should aspire to if we are able to guarantee a quality of care and support that meets our needs and offered by a workforce who are appropriately trained and resourced. I am not at all convinced that is where we currently are.

Tuesday’s moments of remembrance will also be a time for us all collectively to reflect on the extent to which, both as communities and as a nation, we are going to be there for those who have been bereaved in the last year. Theirs has been a cruel pain, often of isolation and detachment, unable to properly be with those who have died in many cases and in even more unable to say farewell in a way which has supported and reconciled, upheld and soothed their grief.

Over the coming weeks the individuals and organisations behind the development of Scotland’s National Charter for Bereavement will be using social media to raise awareness not just of the Charter and its aims but of what it means for us to create a society which properly supports those who are bereaved and grieving. The way we care for those who are left behind by loss is as important as the manner in which we support those who die. The silence and memories of Tuesday 23rd should act as a springboard and an incentive to ensure that we foster communities of acceptance, belonging and resourcefulness so that all who need support in their bereavement will be able to access that in whatever way they need. Such will be the mark of a proper and long-lasting remembrance worthy of the grief we have endured.

But in the end of the day when the politicians have left the stage, the media has packed up its notebooks and cameras, the commentators have filed their reports, the strangers have walked away, and you are left alone… at such a time grief is ultimately something we carry alone on the shoulders of our heart. Not just on Tuesday coming but every moment of every day there are thousands upon thousands who will cry themselves into busyness and being, who will sorrow themselves into their breath, in memory and recollection which will never cease, for them perhaps only the words of a poet can even come close to the feelings for which we need all of us to be present to offer solace:

Nobody ever told me.

it would be this hard;

that I’d wake up in the morning

and think that you were there

lying beside me in our bed;

that I’d walk down the street

and recognise your shadow

following me in the sun;

that I’d listen to the radio

and hear your voice

inviting me to sing;

that I’d sit in the park

and watch you go by

in a group of strangers.

it would be this hard;

that I’d wonder why I should

get up in the morning;

was a child’s playground game;

that I’d rage with anger, red and raw,

that I’d wonder was it me

that made you go away.

it would be this hard.

Why can’t someone tell me instead

how I can stop crying

and dam the tears from soaking my pillow?

How I can start again when all I want to do

is rest in our lost togetherness?

How I can ‘move on’ when I only want to settle

in the place of our memories?

And please someone tell me

when will this time come,

the time they all talk of

the time which they say

will heal all things

and help me to live again?