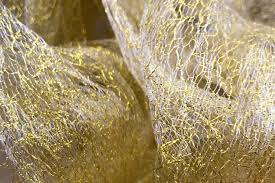 › Latest News › As thin as gossamer: spirituality and care.

This past week I had the honour to deliver the Malcolm Goldsmith Lecture on behalf of Faith in Older People. I took as my theme the relationship between human rights and spirituality suggesting that rather than the oppositional stances which are often taken and promoted by some commentators, that there is much more that unites than divides the worlds of human rights and spiritual belief, indeed that the divergence of the two is unhelpful.

As part of the talk, I reflected on the nature and understanding of spirituality and what that specifically meant for human rights. Here in this week’s blog I want to briefly touch on what is meant by spiritual care, which is I believe, a critical aspect of care, yet one that is often both diminished and ignored.

Defining what is meant by ‘spirituality’ is not an easy task. My starting point is a very helpful Care Cameo on Spiritual Care – published by Scottish Care in 2018 –  in which Maureen O’Neill shared the following definition:

“We mean the search for that which gives zest, energy, meaning and identity to the person’s life, in relation to other people and the wider world.”

It is a definition which emphasises the importance of relationship; having a
sense of purpose and meaning in order to make each day worthwhile. It suggests that spirituality involves the recognition of a feeling, sense or belief that there is something greater than oneself, something more to being human than sensory experience alone, and that the greater whole of which we are part is communitarian, cosmic or for some divine in nature.

This is distinct from though related to the faith and religious traditions with which we are familiar. It is this wider sense of spirituality which I believe is important to the care and support that many individuals require and want, and which those charged with delivering that support and care need to recognise as important. Indeed, the World Health Organisation encapsulates this holistic sense of care and health in its very definition of the essence of health by stating ‘that health is not just the absence of disease but is a state of physical, psychological, social and spiritual well-being.’ I wonder in all our concentration on the pandemic in the last year, upon clinical health and wellbeing, upon infection prevention and control, whether we have diminished the holistic understanding of health, have we driven out and away the sense of the spiritual, of risk, choice and autonomy?

A few years ago, in an excellent work colleagues in NHS Scotland sought to describe what spiritual care was, what it meant, and how its attention is intrinsic to the fulfilment of health and the flourishing of the person. They wrote in ‘Spiritual Care Matters’:

“A person’s spirituality is not separate from the body, the mind or material reality, for it is their inner life. It is the practice of loving kindness, empathy and tolerance in daily life. It is a feeling of solidarity with our fellow humans while helping to alleviate their suffering. It brings a sense of peace, harmony and conviviality with all. It is the essence and significance behind all moral values and virtues such as benevolence, compassion, honesty, sympathy, respect, forgiveness, integrity, loving kindness towards strangers and respect for nature.”

To care and to support another involves staff and carer being equipped to attend to the spiritual needs of those who are supported. It compels us to ensure adequate resourcing and training, development and nurturing of the workforce. There is simply not enough focus on this critical dimension of professional care. But there is, I believe, much more to the relationship between spirituality and care.

The Scottish Church leader and founder of the Iona Community, George MacLeod, used to describe the island of Iona as a “thin place” – where barely a sheet of tissue paper “as thin as gossamer” separated the material from the spiritual. It was an image borrowed from the broader Celtic idea that there are places where the spiritual and the divine is experienced more nearly than others. Elsewhere George MacLeod describes these locations as “the eternal seeping through the physical.”

As someone with roots in another island – Skye – his words resonate with meaning and truthfulness. There are spaces and places which are almost sacramental – a breath away from beneficence, where you feel able to touch the intangible, where you hear the depths of silence. Many of you might know of such places.

So it is too, I believe with human community. So it also has to be, I think, in the delivery of care support. At its best and most mature, the act of caring and support is a spiritual activity. A space where individual identity is enabled to grow, mature and achieve its full potential. The best care and support are rooted in the development of relationships – our actions are determined by the trust and respect, the depth and emotion we share with another. Care is like a dance of close intimacy and concern, where there is no mere transaction of activity and task but the dynamic of shared purpose and intent, where the paid professional moves to the rhythm of the person they are supporting in every sense.

It is in the relational fractures of living, perhaps especially in the light of the pain of a pandemic, that we find the critical need to see care and support as an activity of the spirit as much as of the physical. It is in this coming together space that communion happens, and it is in such a space that we recognise the thinness of the worlds we create to divide our living and our imagining.

Through skill, compassion, attentiveness and presence, those who care for others give space for people to discover their own ‘thin places’ both of external and inner geography. Those who care engage in the most profound level of connectedness, which for me at least is an act of spiritual journeying. That is surely spiritual care.