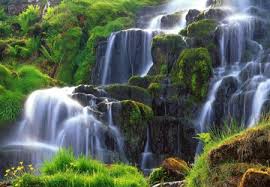 › Latest News › “Always listen to the earth because it speaks to you.” A personal reflection for World Earth Day.

My late uncle Donald died suddenly when I was seventeen but by that age he had already left an indelible impression upon me and had taught me so much. Donald was born and lived all his life on Skye and as far as I can remember never left the island. He was a man who had many struggles not least the fact that he found it hard to communicate. He was someone who in modern diagnosis would be described as having a learning disability. Though he found reading very hard his wisdom was one which rarely appears in the pages of a book. It was an authentic and immediate knowledge, one of intimacy with the seasons and with nature. Donald loved the land and the outdoors; he taught me more than I have remembered about the earth and the rhythm of nature and instilled in me a life-long appreciation and respect. One of the things I remember from the many walks into the hills and moors which we went on was his oft used phrase: “Always listen to the earth because it speaks to you.”

“Always listen to the earth because it speaks to you.”

On Thursday one of the most popular global days of observance will be held. It is World Earth Day. Every year on April 22, Earth Day marks the anniversary of the birth of the modern environmental movement in 1970. As on previous years it is expected that it will be marked by more than one billion people across the globe. The theme of Earth Day 2021 is Restore Our Earth™.

Both individually and collectively we are increasingly aware of the urgency of addressing the destruction caused by climate change and the necessity to sustain and protect our natural environment. However, whilst there is increasing recognition of these challenges, even amongst the most sceptical of politicians, there is also a growing frustration at the pace of response and change. Many of us were disappointed that the Paris Agreement in 2015 demonstrated such a low level of commitment and action. It is clear from all the political party manifestoes for the Scottish Parliamentary elections in a few weeks’ time that the climate and environmental sustainability will be one of the key issues which will influence people’s choice of candidate. Whilst Scotland has been more progressive than some, it is also evident that we have some considerable distance to go.

My colleague Karen Hedge has written about how important it is that those of us who are involved in social care contribute to this urgent national effort to meet climate and environmental challenges. Part of that, I believe, involves supporting the aims of the Health and Social Care Alliance, who recently published a report: ‘Sustainable Health and Social Care: Climate Change and COVID-19’ in which they call for £25 million to support a climate change innovation fund for social care.

We cannot care for humanity without caring for the earth. We cannot hear the dislocation of human community without also hearing the fragmentation of our natural world. To care fully requires a holistic understanding that we are all of us children of the soil and intimately entwined to the earth. Care leaves a legacy of compassion and connection in the lives of those supported and it changes the person who offers care. So too the way in which we care has to be something which future generations recognise as enabling and fostering of their ability to flourish on the earth as citizens of the natural world, connected one to the other. Care is never neutral, it always enhances humanity and it should also sustain our earth.

I believe that we have lost the ability to hear the accent of nature and the truth the earth is telling us. We need to re-discover the rhythms of the seasons of the heart where we accept that to care is not just about caring for a human being in isolation from others in community or from the natural world in harmony. Social care to be holistic needs to do more than pay attention to the challenges and issues of sustainability and environmental protection, it needs to mirror, mould and enhance these. There is a real opportunity that in the creation of a National Care Service in Scotland that we bring together the world of ecological and environmental responsibility with the world of human and social care, be that from the energy we use in care homes, the use of sustainable PPE all the way to the use of electric transport in the delivery of homecare.

I remember many things from my walks with my late uncle, not least the astonishing range of wildlife that at that time flourished on the island in river and moorland. Yet today I am aware of the sad reality that so much of it is gone possibly for ever. Our failure to nurture the earth has led to a shaming of our humanity. As we seek to restore and reframe our social care in Scotland I hope that alongside it and as part of that renewal we can also  nourish the restoration of our earth.

One of my favourite poets was someone who had a rare ability to hear what the earth was whispering to him. It is not without coincidence that the moors and rivers I walked in youth, where I was taught to listen to the earth, are the same ones, in the same glen, beautifully captured in one of his poems.

May we all learn to listen and learn.

I watch a rock shone black

Behind thin water that falls with a frail sound

To the ferny pool. Elvers are roping upwards,

Tumultuous as hair. The rippling ground

Is elvers only, wriggling from crack to crack.

Above, a blackfaced ram,

Its viking head malevolent on the sky,

Peers down, stamps and is gone. A rowanberry

Skims and swims, a scarlet coracle, by.

Between two stones a grassblade breaths I am.

On the water’s skin… I turn away and see

Distances looking over each other’s shoulders

At a black cliff, a ferny pool and me

And a tress of elvers rippling in the sun.